Why Does U Always Follow Q in English Spelling? 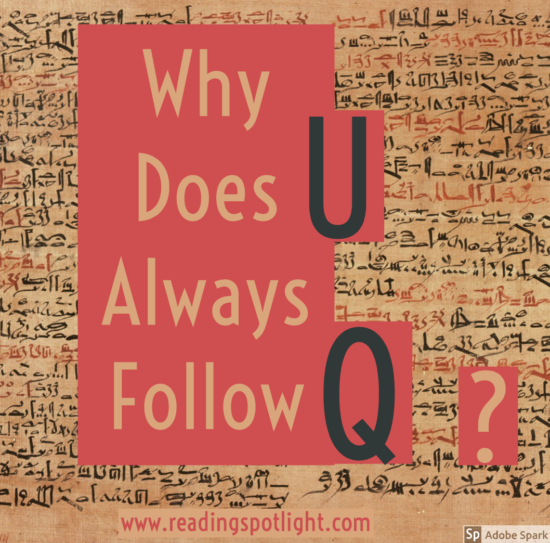 U always follows Q in English because of the influence of the French language– QU has a long tradition.

English was originally a Germanic language, but it was influenced when Normans invaded England in AD 1066.  French has a “kw” sound, spelled “qu” in many words with Latin roots.  Many of these Latin roots of French came from the Romans, who inherited them from the Etruscans, by way of the ancient Greek alphabet. The Greek writing system had a symbol called “Koppa.” It looked almost like a capital “Q.” The Greeks had borrowed many symbols from the Phoenician alphabet. Because the Phoenicians were merchant sailors, their alphabet had spread throughout the area of the Mediterranean Sea.  Historians believe that the Egyptians had passed it to them because hieroglyphics indicate Egyptian writing had a “qu” sound/symbol in 3000 BC.

That might be more history than you want to know, but suffice it to say, spelling of the Q followed by U in English comes to us mostly by way of French influence on our language.

If interested in the origins of some popular holiday traditions, such as carols, ornaments, cards, Santa Claus, etc.,