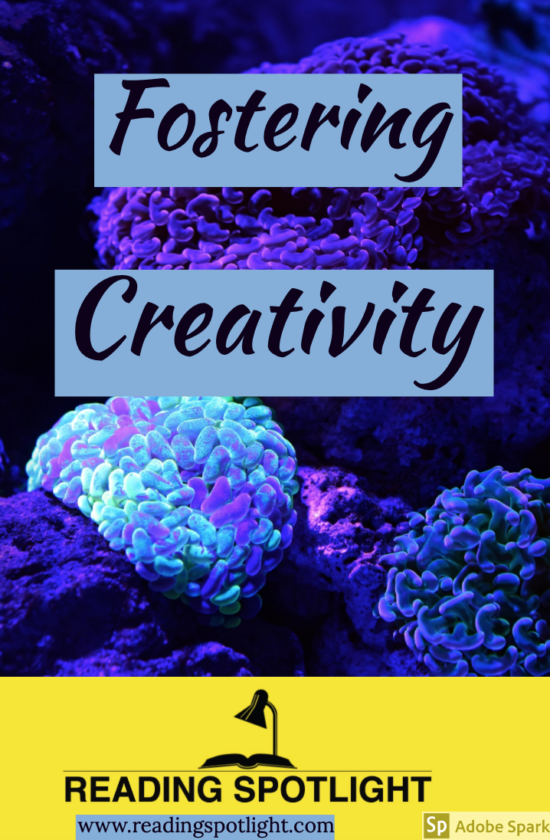 Sister Rosemary ruined my poem and encouraged creativity at the same time.

Yes, she did  — that pert, ebullient, and passionate proponent of SPARKLE in eleventh grade English class.

She did it, however, with a purpose.  She wanted to enter my poem in a contest. The minimum was 20 lines. My poem had 16 lines.  Although I knew it was finished at 16, I added them, and I did not win. But my teacher did do something important when she encouraged me to “ruin” (in my view) the poem. She showed that she believed in my writing, and she cared enough to enter it in a contest.

Research* indicates that what makes a teacher influential in the lives of successful, creative people is believing in their abilities, caring about them, and giving them greater challenges such as loaning books, extra readings, extra challenges, and even, extra tests.

In Creativity: The Flow and the Psychology of Discovery, Mihaly Csikszentmihalyi interviewed successful, creative individuals  — Nobel prize recipients, novelists, successful entrepreneurs, and many others. Some interesting tidbits I learned from reading this book:

Recently, Beatle Paul McCartney was asked in a TV interview about his “muse,” or the inspiration of his musical genius. He replied that he had a very musical extended family, and the “computer in his brain” was preloaded with much musical data in many genres that he could just “pull out” as he wrote some of the world’s most famous songs. McCartney’s comments seem to validate this research about a solid foundation being necessary for creativity to thrive.

Bottom line, though, is this simple common sense:

creativity requires a strong base and someone who cares and inspires.

Are you that inspirational teacher?

If you are interested in a crossword puzzle about many creative and successful women:

or  Women’s History Bio-Texts which describe several innovative women, both from historical and from modern times.

Try ths FREE Story Grid for students with writer’s block. It produces a wide variety of plots, characters, and settings for story writing. No one has to feel uncreative.

* Mihaly Csikszentmihalyi. Creativity: The Flow and the Psychology of Discovery. Harper Collins Books. 2013