Learning From A Student: Isaac 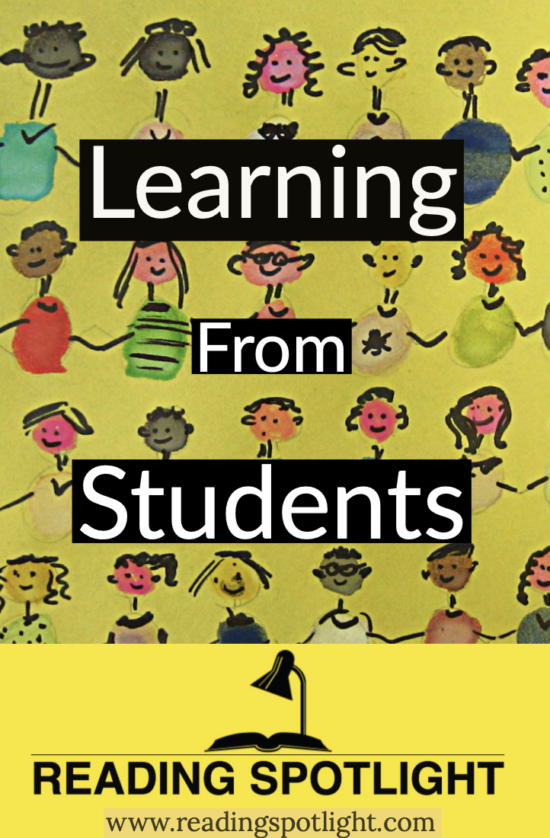 He was brought to my classroom door the day before Valentine’s Day. I know this because I remember scrambling to find a few Valentines for him so that he would feel welcome in our class. After asking him to read several paragraphs at my desk from our third-grade textbook, I realized he was functioning at a first-grade reading level, and he also appeared to be small for his age. His wide smile exposed a missing front tooth which was just beginning to show the signs of a new one. I made a mental note to check his transcript for age.

Ten minutes into lunch recess on his first day, he was brought to my classroom door for fighting on the playground. Bullies, I thought. He was the new kid, and he was small. When I asked him why he was fighting, he responded, “They be dissin’ me!” Although I have now heard that word often, and I now understand its meaning, that was the first time I had heard it. When he explained the situation, I understood: disrespect.

We stayed in my classroom, browsing through books from my small library. The playground fights persisted. No transcript ever appeared. As the school year continued, I noticed that he was always late. Not 5-10 minutes, but more like 30-60. He usually missed the bus and would walk to school. I watched for him from my classroom window. He wore a long, purple, quilted coat that almost touched the ground. The sleeves were also too long, but they kept his hands warm as he had no gloves or hat. It almost looked like a woman’s coat. He appeared to be moving along to some song in his head. “Rollin’, rollin’, rollin’ on the river…” I put him on the wait list at the local Coats for Kids charity. I asked him if he was being bullied. He said no. When I think of him now, I do wonder about how bad the bullying might have been, and I feel pangs of guilt for not investigating more.

I bought Isaac an alarm clock and showed him how to use it. It changed nothing. He was still often late and sometimes missed the entire day of school. I found that I could motivate him in reading with easy books that would interest his three-year-old sister. He seemed to love this, and he was always looking for new books to read to her. I knew more about what interested her than what interested him. I wished my other students could have been so motivated to read anything at all in their free time. I also wondered if Isaac was missing school to babysit.

When spring came, the third graders were treated to a class field trip to local caverns by the PTO. (Our school had been expelled from the PTA because the treasurer had stolen the dues money. Always resilient, parents started their own Parent Teacher Organization.) I found Isaac hovering ever closer to me as we went deeper into the dark, dank caverns. Slowly his little, shaking hand touched mine, so I held it tight until we met the light again.

As a reading specialist, I continued to work with Isaac into the new school year. He showed reading improvement, but he was still not at grade level. Then, early in February of the next year, right near Valentine’s Day, he disappeared. He simply did not come back. He never had a phone listed in our school records. He had said previously that he didn’t have one. I assumed the yearly lease was up. This made me wonder about how many others of my poverty-stricken students moved constantly, with little stability in their lives or in their education. When I obtained a yearbook of our senior graduating class, I realized, depressingly, that about 20% of the students I had taught in primary school had graduated from our high school. So many of them lack security and consistency in their lives and in their education. Where were they? What were they doing now?

Yes, Isaac had disappeared, but he did teach me something about disrespect, poverty, resiliency, and my own lack of initiative in the midst of other burdens.

If you are interested in a fun, FREE, Valentine’s Day activity, download these instructions for an Invisible Valentine (Yes, it REALLY IS invisible, and it doesn’t have to be a heart. By using other opposing colors and shapes, it could even become an Invisible Shamrock!)

Or make your own Valentines, the best kind!

For other stories about Learning From Students, check out these other blog posts:

A Student I will Never Forget

Here are some other interesting posts from my friends at TBOTEMC: