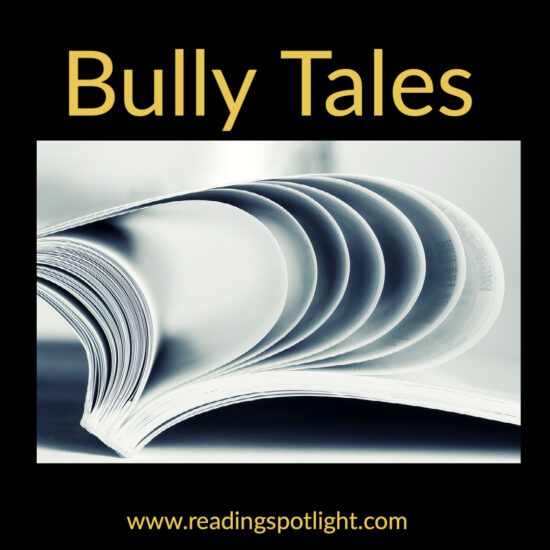 The bully Darrell was burlier and at least six inches taller than any other student in our elementary school. He had a toothy grin, but usually without a smile in his eyes. His primary school records were unavailable.  I guessed that he had been held back twice, probably kindergarten and another grade. I was told that he was an intimidator and was feared by most of the children in the schoolyard, although I never actually saw him bully anyone.

He became my remedial reading student in my first year as a reading specialist. Darrell was in the sixth grade, but he was reading at about a second-grade level. That was not surprising as many of my students were far behind academically.  But there was one thing that was shocking to me —his choice of books for independent reading.

I had designed my classes into 3 ten minute mini-lessons, including instruction on word analysis, comprehension, and earned free time, during which students could choose to one of several enjoyable activities while the others worked on their lessons. They might sit in the Cozy Corner to read some enticing books (Ripley’s Believe It or Not was especially popular.), or student magazines, or listen to a read-along audio book, or draw and color a poem. The preceding teacher had invested in a series of folk and fairy tales on records. (Records!!! Wow, that long ago!)

Have you guessed that the favorite free time activity of this schoolyard tough was… listening to fairy tales and folk tales? He first chose Goldilocks and the Three Bears, then Little Red Riding Hood. He moved on to Hansel and Gretel, Rapunzel, and on and on, for every single free time he earned, despite my trying to attract him to different free-time activities.

At first this surprised me—the incongruity was truly shocking, and no sixth-graders made this choice. The more I thought about it, however, I realized that he might have heard about this tale, but no one ever told it to him or read it to him. Perhaps he knew he was missing out on something, and he wanted to fill some gaps.

Of course, there may have been other psychological issues with his choices. Maybe he was attracted to the strength of the characters or, perhaps, to the innate violence in many such tales. With no counselor to ask, I was left to my own conclusions. I prefer the one that says he was a bruiser who might have already been bruised in life. Possibly, he was trying to escape a difficult home life by filling it with fantasy—something many do. He did seem to appreciate this choice in my classroom for his hard-earned free time, but I don’t think it changed his behavior one way or the other.

Who would have ever imagined that?

If you are interested in a unique, enjoyable and effective sequencing activity for a folktale by Tommy dePaola, check out

in the Reading Spotlight TpT Store.

Did you know that bullying declined significantly during the pandemic? You can read about the latest research in this 2/10/22 Washington Post article about

Here are some interesting posts about education from my friends at TBOTEMC: